The original Broadway production "Oklahoma" opened on March 31, 1943 at the St. James Theater in New York City. The production ran for 2,212 performances, finally closing on May 29, 1948. 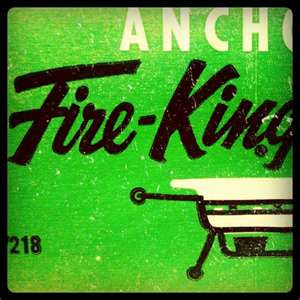 Wikipedia states: "Fire-King was originally produced in the 1940s for everyday use, rather than display. It was often sold in bags of flour as a promotional item or was given away at gas stations. Fire-King could also be purchased at local grocery and hardware stores. Several varieties of Fire King dishes were made; nesting bowls, dessert bowls, glass beverage containers, casserole dishes, mugs and more....The Fire King bowls are actually vintage and not yet antique bowls. But despite this fact these bowls are one of the most sought after collectible dishes." 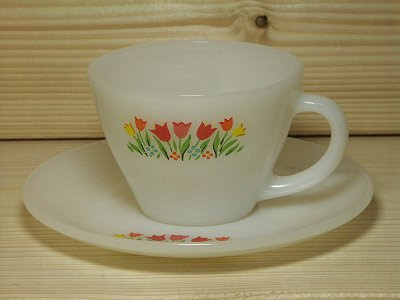 I bought one of these Tulip saucers (it was perfect!) at a thrift shop in Dallas for a quarter(!)...I have NO hope of ever finding a cup at an affordable price...however- let me know if you do! =) 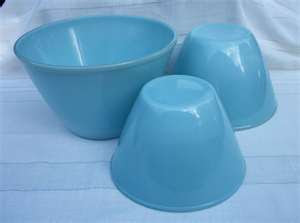 Just put Fire King in the search on e-bay, and look around- so many pretty things to see! 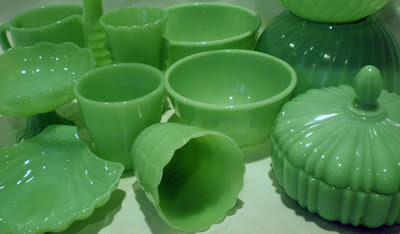 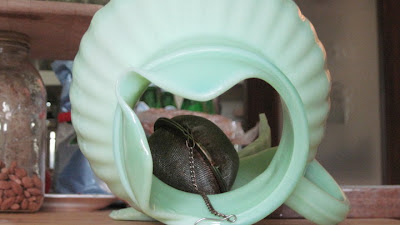 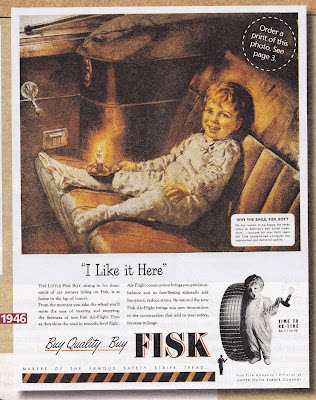 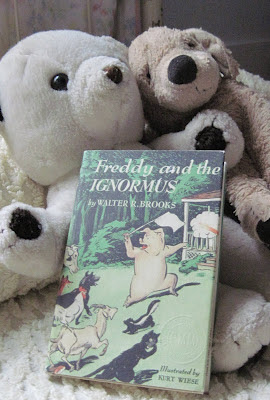 I have not read very many of Walter R. Brooks books, but I love the ones that I have read, and my favorite has to be "Freddy and the Ignormus", written in 1941. Mom read a couple of them to us (including the one mentioned above). Great books for a road trip!
Posted by Adrienne at 4:50 PM