To give away ones heart or not.

(This is in response to Hillary's blog post. I am so sorry that it took me SO long to reply, but it made me too sad at the time. I would have linked to it, but I could not find it...)

Non-Romantic:
I must admit that I am one of those people who gives away bits of her heart. But not in a "romantic" way really. I also (because of my dyslexia) have a really good/over active imagination, and that just does not help much in this aspect of life.

It's just that I attach to people, babies, (and things) REALLY easily. I imagination that I am much better friends with people than I guess we really are in real life.
And then I am hurt/sad/depressed & hurt when I find that I was the last to hear something, or was left out of an event or outing.

I tend to forgive people over, and over again...till I feel like I am bleeding too much and can't take it anymore. Then I step back for awhile, to try to heal.

I know that people don't mean to hurt me, that's just something that happens. I don't like it, and often wish that I could just shut down & end up pushing people away, and then that makes things worse.

Mom says that I should talk to people about this, to tell them when I am hurt, but I never do, because they aren't doing it on purpose. I feel like it's my fault for being so...so sensitive (?), is that the word I am looking for? 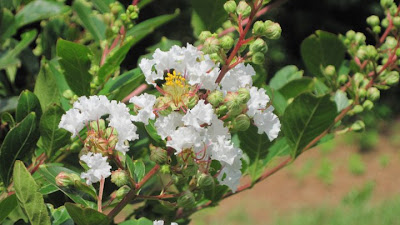 Romantic:
You should strive to never give your heart away (a crush/infatuation/falling in love kind of way), until you find THE ONE. (...and then let him have it!)

I try to be very careful how I act around guys (or what I put/say on my FB/blog), because I don't want to cause someone to stumble, and also because it's the "Golden Rule" thing- if I don't want someone to hurt me, then I should be really careful to not hurt someone else.

Also, I don't know who may be watching- younger siblings, or friends that are looking to me as a example, or what if my intended (unbeknownst to me!) is watching? What is he thinking about me now that I said/acted/did that??? I don't know about you but I have enough faults with out adding more, that could be so easily avoided.


~I will confess that I have had 1 really major crush/infatuation for this one guy (I did not really know him, & he did not know I existed~ just a guy that my brothers told me that they liked), when I was your age...and I do regret it. A lot. My thoughts still haunt me. Sometimes I am afraid that I'll never be the same again.
(I did talk to my Mom about it, but it was a very humbling thing that I went through, that was totally unnecessary.)

PS: I am now really glad that I did not marry him.~ (please don't try to guess who...he most likely is not your brother)

Does this make any sense? I don't think that I am off my rocker....
Please forgive me, I don't what to be "preachy", I just want to try to help other girls along the road of life.

Thank you for sharing your heart, Adrienne. :) You are right that we can never find ultimate fulfillment in people/relationships -- we can only find it in Christ. And then He will give us new depths to our people relationships that we could only dream of before.

May God bless you and continue to draw you closer to Himself!

Very well thought out and well put. Thanks for sharing, I do hope it blesses other girls/young ladies.

I love you, honey!

We are *called* to love. True love requires nothing in return. To "love, rather than to be loved". It's been something I've had to learn - I "think" I "need" to be accepted, loved, valued, cherished - but true love is selfless. No-strin...gs-attached. The hurts come when I begin wanting something in return - and it doesn't happen.

As for the "romantic" sort of love, you are totally correct that "just dreaming" can be so very damaging. It is in our nature to get caught up with our own desires and dreams. That's where "guarding your heart" really comes into play - and the temptation to let it wander is so sneaky... The battle always starts with a thought, and victory comes with "Casting down imaginations, and every high thing that exalteth itself against the knowledge of God, and bringing into captivity every thought to the obedience of Christ;" ~ II Cor. 10:5

Thank you for being willing to share from your heart for other's benefit.

One more little thought (picking okra gives plenty of thinking time!):
Jesus, our example, loved us in spite of the pain and rejection He received in return. His character begins and ends with love. As He develops His character in us, H...e will bring the suffering and pain that it takes to bring us to maturity. Opening our hearts in order to be able to really love others like He does leaves us vulnerable to hurts - and it's always the ones we love the most who hurt us the most... But protecting ourselves from the hurt and pain diminishes our ability to love. From my experience, the more love given, the less my feelings matter - because my focus is on the ones I love, rather than on myself.
(Sermon ended. lol! Really, I totally understand what you wrote - I'm one of the most "sensitive" people on earth. Sadly, the more I think about it, for me, being "sensitive" is my form of selfishness - it just sounds "nicer" to call it "sensitive"...)

I'm revisiting some of these things at this point in my life, and even though I am about to turn 30 I see how much I still need to be reminded to guard my heart.

Thanks for sharing yours.

It's a blessing to know I'm not the only one out there who believes that it's worth it, and struggles with getting hurt, and having an overactive imagination. :)

I think that really the best thing for me to do with what single years I have left is really appreciate my life, think about His love, receive it, study His Word, pursue my dreams and just be active in pursuing Him and serving practical needs in my life and others.

The Lord is showing me some things I didn't realize I need to mature in emotionally and spiritually if I'm going to have a happy life when I am a wife and mother, and I definitely want to do all I can to become the grateful, gracious and giving woman today that I know will ensure me being happy in a different situation.

Keep your chin up and keep writing! :)