"I wish everyone would stop wishing our current military members a happy Memorial Day. You cheapen the day or you don't like our military. The day is set aside to honor those that gave their lives...not those that have yet to do so.  So, unless you actually want more of our current military members to go die on foreign soil, please stop including them in today's honors....oh...and vote tomorrow for the only guy who will support them in NOT being honored on this day anytime soon."  ~ Reed King
~~~~~~~~~~~~~~~~~~~~~~~~~~~
"If there is a sin superior to every other, it is that of willful and offensive war." ~ Thomas Paine
~~~~~~~~~~~~~~~~~~~~~~~~~
"Joining the military necessitates a willingness to die to defend others. That noblest intent at the center of what it means at the individual level to be in the military is honorable. In thanking veterans for that, it's very important to keep policy separate." ~ Adam Kokesh, ex-marine and member of Iraq Veterans Against the War 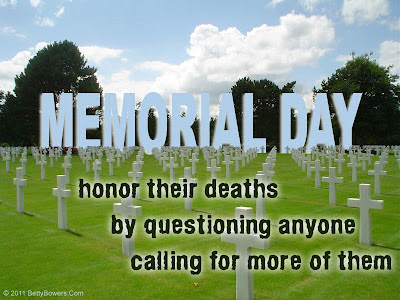 "Today I'm remembering all of my friends who died in vain fighting in pointless wars. And hoping that some day soon America will begin to reject these wars instead of celebrating them."  ~ Antonio Buehler, West Point graduate and combat veteran of the Kosovo & Iraqi wars
~~~~~~~~~~~~~~~~~~~~~~~~~
"I hate this day (Memorial Day). It glorifies what should have never happened! It is an attempt to shift the focus on to those great people who have given their lives and away from the fact that their deaths were for the profit of government, banks and big corporations. Not a single person who lost their son, daughter, father, mother, sister or brother wouldn't rather the fallen still be alive or have lived their life to its natural end. I also wonder how progress has been affected as certainly countless Davincis or Einsteins have surely died for the sake of war profiteers."  ~ Gina Rodriguez
~~~~~~~~~~~~~~~~~~~~~~~~~~~
"Memorial day should be a day of mourning for those unfortunate enough to be caught up in our horrific foreign policy. Every soldier who enters the military believing they are serving the greater good, deserves our respect. But now as we see with the creation of The Dream Act, not enough of our own boys are feeling like these wars are in our interest.
They are not, but now we are going to pay brown kids that barely speak our language, to come go over and kill other brown kids who barely speak our language.
I don't want people coming to America for war, I want people coming to America for peace."  ~ John Jay Myers 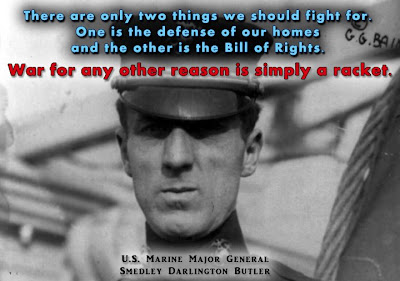 "I've been catching a lot of heat over my posts on this Memorial Day weekend. Let me say this: To my friends who believe whole-heartedly that you served the best interest and in defense of your friends, family, and neighbors while in the military...thank you for putting your life on the line to do so.
I am sorry to inform you that the US Military serves ONLY the US Empire, a barbaric global gang with seemingly endless resources to oppress and pillage any/all who are unwilling to sacrifice their independence to protect "American Interests" (CORPORATE PROFIT!!).

The US Imperial Forces (aka US Military) are victimizing our fellow Americans by using them as pawns for profit. Our brothers and sisters are manipulated into believing that their service and blind obedience to "country" is somehow keeping us safe and/or free. Nothing could be further from the truth!! It disgusts me and on this day, MEMORIAL DAY, I remember and mourn:

1) All of the soldiers who have taken their lives because they can no longer bear the thought of the atrocities they have participated in...
2) All of the innocent live which have been ripped from our world by war profiteers...

I both resent and pity the US troops, for it is their humanity which they sign over when signing up with the US Military. 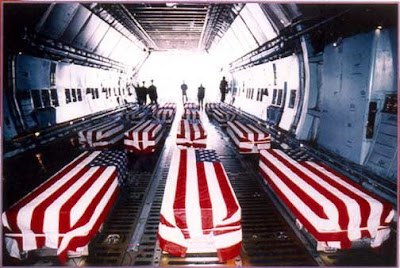 "In this war – as in others – I am less interested in honoring the dead than in preventing the dead." ~ Butler Shaffer

Good collection of past and current quotes. May they cause some to pause and reflect.....