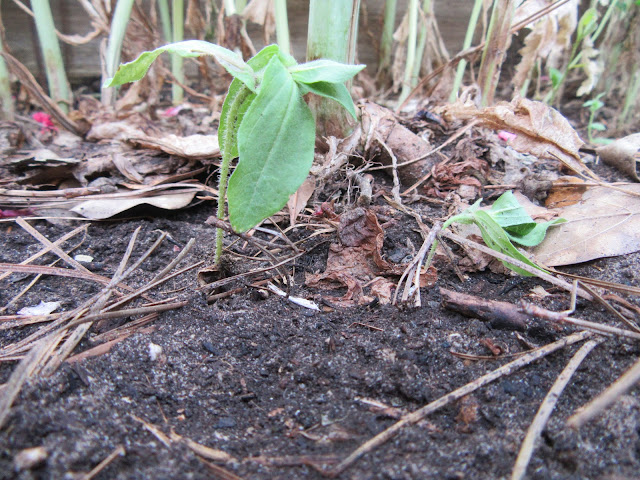 All the Zinnias in these 2 photos were transplanted in the same way (pulled up by the roots), and on the same day.  😎

We thought they needed  Aconite 30x, so I gave that remedy to all the plants that EXCEPT for the ones in the above photo. I could not tell which they were, so I skipped them because I did not want to dose the wrong plants.  The little guys who got their remedy are quite happy, never batted an eye, never looked "tired"!

The next day they looked SO bad, I could CLEARLY see them, and went ahead and gave them the Aconite 30x, and the good news is they have not died yet- they did not recover as of yet (days later), but I'm watching them and wondering if they will make it. 🙂 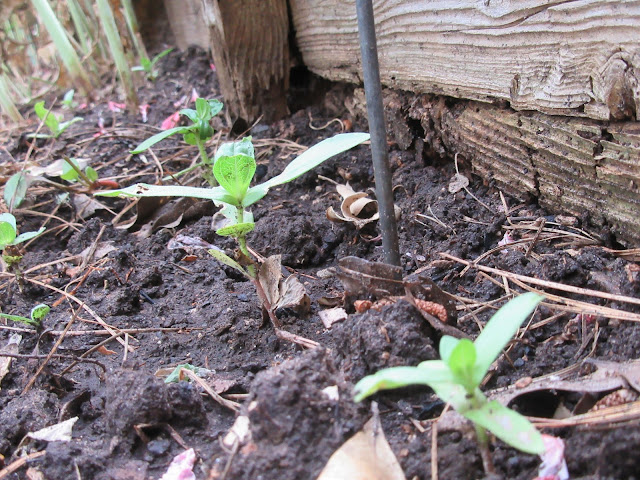 (Another note: When we transplanted the tomatoes from the store, we thought that they were calling for Silica 1M, so that's what we gave them, and they are quite happy, never batted an eye, never looked "tired"!🙂)
Posted by Adrienne at 5:17 PM