Musical Monday: The Weavers - "So Long"

This has been a fun Summer~  thank you for letting me share with you!   I'm not sure what I'll be up to this Fall...so stay tuned!  =)
Embedded video today! 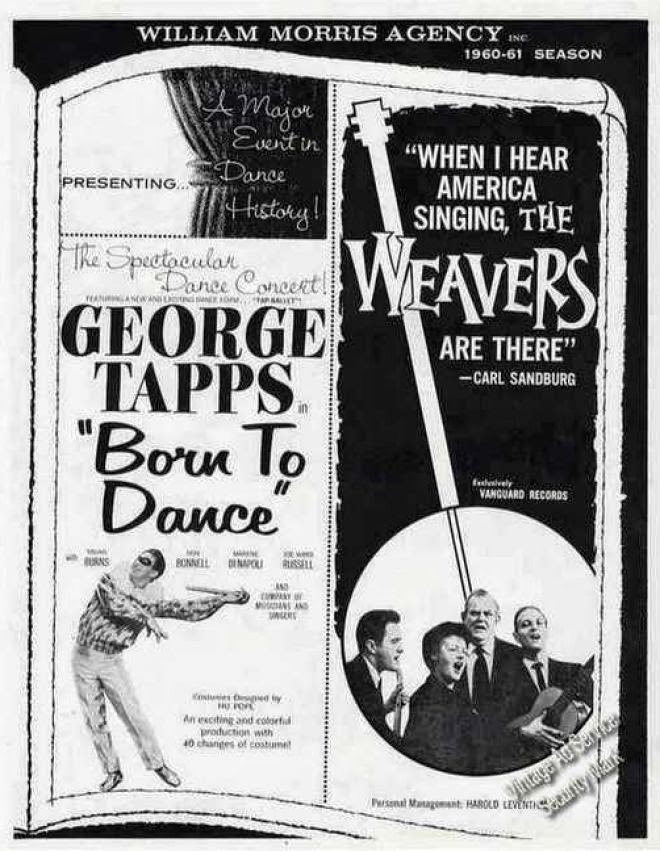 Wikipedia says:
"The Weavers were an American folk music quartet based in the Greenwich Village area of New York City. They sang traditional folk songs from around the world, as well as blues, gospel music, children's songs, labor songs, and American ballads, and sold millions of records at the height of their popularity. Their hard-driving string-band style inspired the commercial "folk boom" that followed them in the 1950s and 1960s, including such performing groups as The Kingston Trio, Peter, Paul, and Mary, The Rooftop Singers and Bob Dylan."