Maybe trying a new recipe at 9-something at night is not such a good idea...  =)

I made a variation on: Easy Dark Chocolate Pots de Creme (Recipe HERE)

~First I decided to not use the Vitamix- I decided to use a hand mixer.
~Second, I decided to mostly melt the chocolate on the stove, and then add the milk (heated to about 100?). 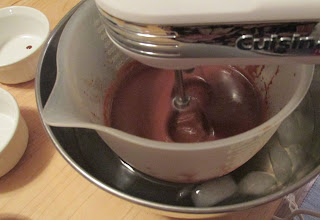 I got Mom to help me run the mixer while I add the chocolate milk to the egg mix...it did not thicken, so I set the dish in a bowl of ice water, and continued to mix on low...it still never thickened, Mom suggested that maybe the coconut milk may have contributed to the thickening in the original recipe, so I added a spoon of coconut oil....still did not thicken (but it has little oil lumps now).

I gave up, poured it into 3 little ramekins, and chilled them in the fridge overnight.  As you can see in the photo below, they never set up.  =/   (But they taste marvelous.  I'll bet it would be good dumped on yogurt, or in coffee, or on ice cream....) 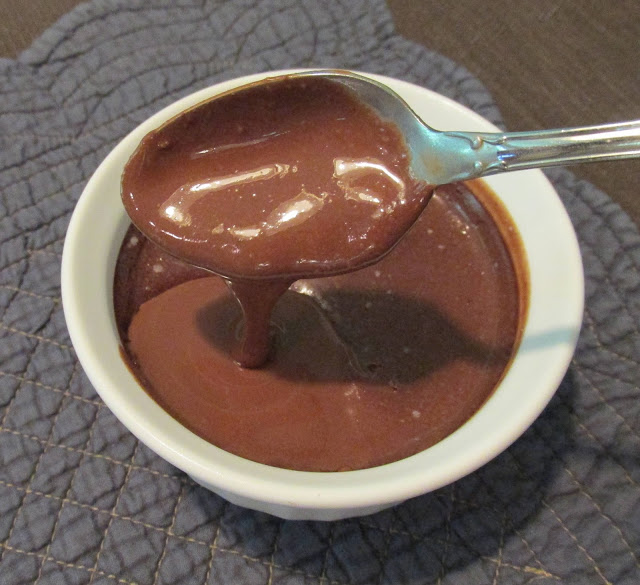