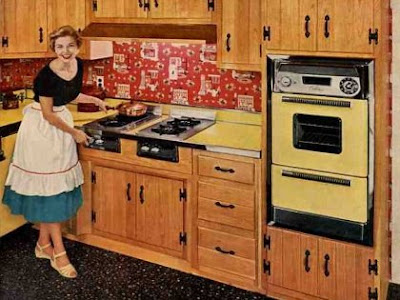 "....Quiche gained popularity in England in the 1950's, as the English were already making a variant called ham and egg pie, which often included a top crust. Men often eschewed the quiche as an unmanly dish because it had vegetables as primary ingredients, giving rise to the concept that quiche was not for “real men.”

In the US, Julia Childs is credited with introducing the quiche to cooks. Her books on French cooking were considered staples in many homes... By the 1970's in the US, it was typical for quiche to be served as a dinner dish or at brunches...." ~Wise Geek 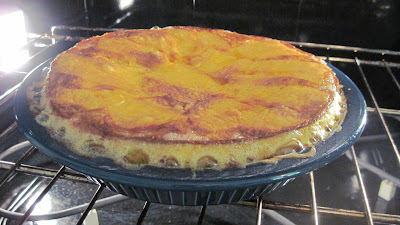 Then add:
1 cup of Cooked Rice
1/2 a large Onion- cut fine, and thoroughly cooked. (onions/Veggies don't cook in a quiche)
1/4 to 1/2 cup cooked crumbled Bacon, or other Meat- like sausage, ham, pot roast or poultry.
optional: 1/4 to 1/2 cup Grated Cheese- your choice.
And lastly,
Milk: (for a 10" pie pan) add Milk to make your total amount 4 cups. 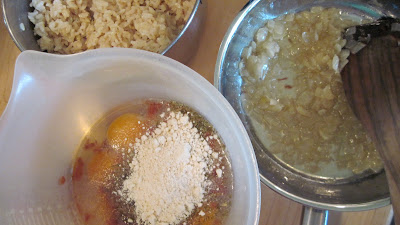 Grease/Spray a 10" pie pan really well. I used baking spray with flour in it- like "Bakers Joy" or "Pam- Baking". Pour into the pan & bake!

(I loathe and detest Spinach Quiche...and I challenge you to make one that I would like!)