Have you ever thought much about the Japanese Internment (Concentration) Camps? 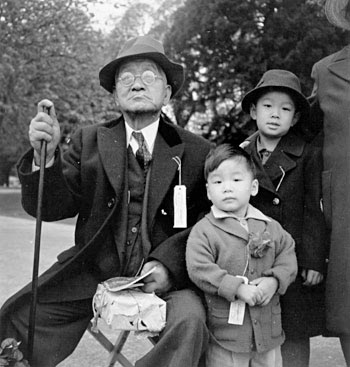 Section 1 of the 14th Amendment of the US Constitution:

We just threw that out the window, the government had no respect of persons. Some will try to tell you that "we did it for their own safety" - but that's just not true. If it were true, things would have been done a lot differently. 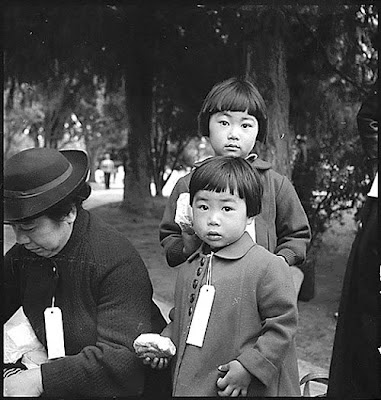 This photo was taken by Dorothea Lange, (found here) "...Through her work with farm families and migrant workers during the Great Depression, photographer Dorothea Lange was familiar with images of displacement. But, when she was hired by the War Relocation Authority to document life in Japanese neighborhoods, processing centers, and camp facilities, the racial and civil rights issues added a new dimension. “What was horrifying was to do this thing completely on the basis of what blood may be coursing through a person’s veins, nothing else. Nothing to do with your affiliations or friendships or associations. Just blood,” Lange said. As the Library of Congress wrote, “Lange quickly found herself at odds with her employer and her subjects’ persecutors, the United States Government.”..." 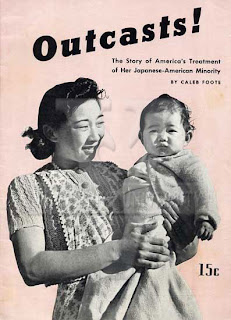 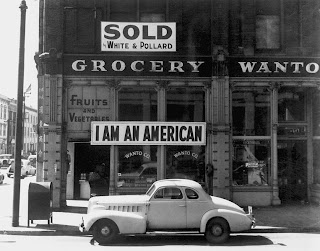 Photo Title: "Oakland, Calif., Mar. 1942. A large sign reading "I am an American" placed in the window of a store, at 13th and Franklin streets, on December 8, the day after Pearl Harbor. The store was closed following orders to persons of Japanese descent to evacuate from certain West Coast areas. The owner, a University of California graduate, will be housed with hundreds of evacuees in War Relocation Authority centers for the duration of the war."

Or so they said...did you know that we shot people who got "too close to the fence"? And after the war was over, we did not necessarily send/take people home again- we shipped some of them to strange foreign countries. (The "Institute of Texan Cultures" in San Antonino, Texas has a really good section about this very topic. It is a great (& large) museum, you should go if you are in the area.) ...I wonder if this family did get to go back...? 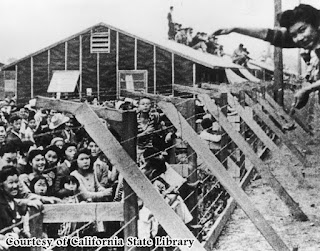 "...what corporate media tends to omit is that the U.S. fought that war against racism with a segregated army. It fought the war to end atrocities by participating in the shooting of surrendering soldiers, the starvation of POWs, the deliberate bombing of civilians, wiping out hospitals, strafing lifeboats... And Franklin Delano Roosevelt, the leader of this anti-racist, anti-atrocity force, signed Executive Order 9066 in February 1942, interning over 100,000 Japanese-Americans without due process. Thus, in the name of taking on the architects of German prison camps he became the architect of American prison camps...." (source) 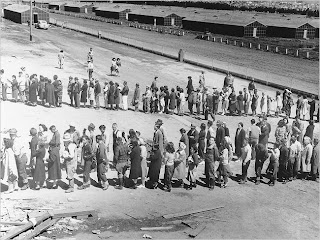 I pray that our nation will wake up, and never make that mistake again. Fred Korematsu was a young man of 23, who tried to stand up for his rights....

A message from Mr. Korematsu's daughter:

Click here to watch the trailer for the documentary "Of Civil Wrongs and Rights"
(A film by Eric Fournier. The award-winning documentary that tells the story of Fred Korematsu, a Japanese American man who resisted internment, eventually facing (and losing in) the Supreme Court. For more information about Fred Korematsu and his struggle for civil rights, see http://korematsuinstitute.org) 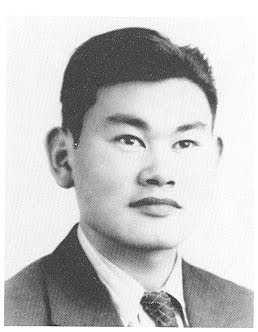 ~~~~~~~~~~~~~~~~~~~~~~~~~~~
And I say, what are you going to do if they (or your own government) come for your neighbors?
Who did Jesus say are our neighbors?
We are ALL neighbors....the Indians, Africans, Muslims, Christians, Buddhists, Mexicans, North & South Koreans, Germans, Oklahomans & Texans, People from Lone Oak & Campbell...and the list goes on...never, never ending...

People say we are a "Christian nation",but do we behave like one?
Posted by Adrienne at 7:57 PM