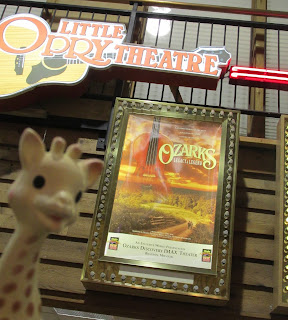 When I was 9 Papa & Grandma took me to the IMAX mall several times (because we were staying at the campground right behind it).  We saw the Ozark (documentary) IMAX: I loved it, but it was traumatizing also, because there were "Mud Men" and they kidnapped a young lady (who was blond) who got separated from the rest  of her having-fun-in-the-river friends... AHHHH!!!

I thought that Mud Men were not from (or in) our part of the world- something only in National Geographic Magazines!  <<:}

When I was 19 we went with my Great Grandma & my Mom- I was relieved to find that they had changed to this new OZARK IMAX show, that told the history of  "modern times" in the Ozarks, in more of a "movie" like amusement.  Guess what? This same show was playing when we went last month, so Papa, Grandma & I saw it again!  =)    The auto below is the one in the movie: 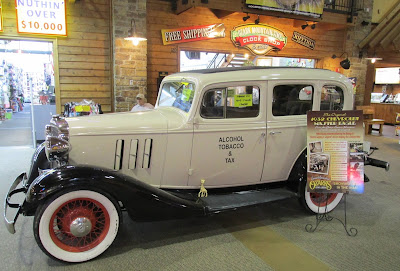 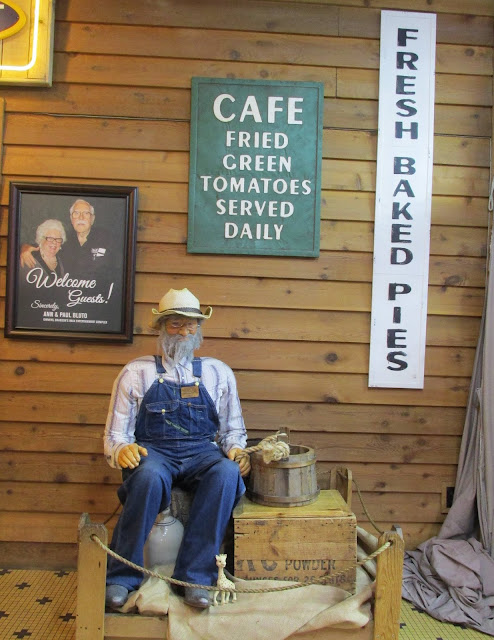 We stopped for pie & coffee...Sophie just HAD to try it.... I 'm sad to report that it was not very good.  I wonder: Where is a good place to get pie in Branson??? 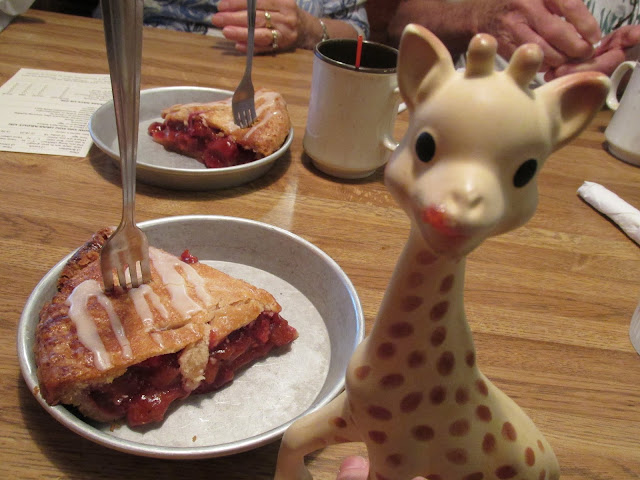 The Mall Guy (manager/owner) suggested that he take a picture of me, because I was not in any of the pictures I was taking, you know, so I would remember where I spent the day...lol!  So, I said yes, please & thank you! =) 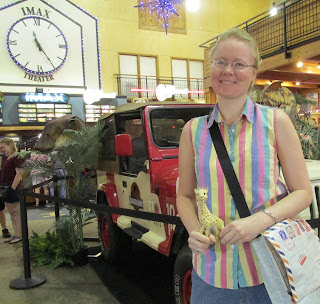