Instead of talking about a movie, I am going to tell you about an Orchestra leader! =)

Annunzio Paolo Mantovani was born in Italy, Nov. 15th, 1905 and he died March 29th, 1980 in Kent, England. Basically, When he told his father that he wanted to be a Conductor, his father said anyone can do that- so if you want to do that (for a real job) you will have to be really good- and he was! =)
I somehow got a record of his, and I LOVE it, and then I saw that the G-ville library had a CD (this one) of his, so I started checking it out....some day I want to get his complete collection~ 5 whole disks!! 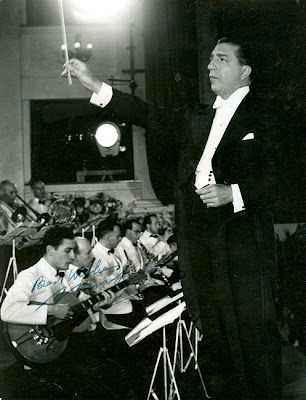 The movie "Moulin Rouge" came out in 1952, I have never seen it, but I know that Mantovani and his Orchestra made a recording of "Where is your Heart?" or better known as "The Song from The Moulin Rouge" in 1953.


Here is the song:

Mantovani was "Britain's most successful album act before The Beatles... the first act to sell over one million stereo albums and had six albums simultaneously in the US Top 30 in 1959"...." 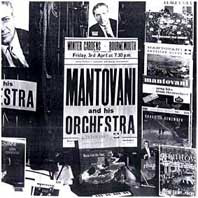 Tales From The Vienna Woods: (These feet with the blue dress- that's the record that I have!)


And last but not least, Edelweiss:

~I hope that you enjoyed that~
Posted by McKee Family at 5:07 PM